Milongas in Sydney and Buenos Aires 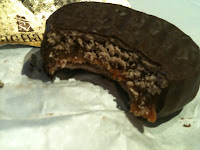 Got back from BA just in time to organise the Gladesville Milonga de mis Amores! And didn't collapse from jet lag! in fact it was worse going over than coming back. Would love to have gone to the milonga in Bondi Junction to reconnect with Mi Porteno Amigo that was on the night we returned but our plane was late - and at 9pm it was just a little too hard. So we turned the lights up more than usual at Gladesville - as they do in BA...but otherwise everything ran as usual. The women did not sit on the side of the room waiting, without talking seriously to their neighbour, for the look and the nod (cabaceo) that meant a man wanted to dance with them - which is just as well as like BA milongas there were more women than men; the music was almost strictly Golden Age - which was the same at all 6 milongas I attended in Buenos Aires; there was no standing on the floor for the first 45-60 seconds of every song talking before dancing - Aussies just dance; everyone dressed up, as they do
1 comment
Read more
More posts