Tango Cup or Tango Championships - the results are in 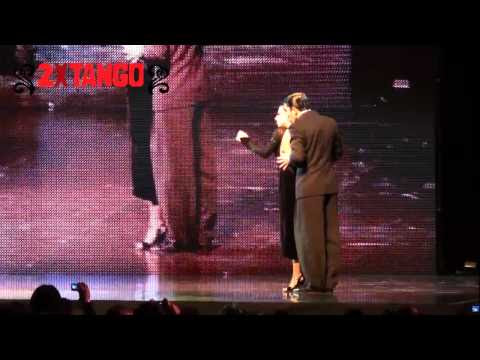 It's over for another year! The Tango Championships, now known as the Tango Cup have been won. The Salon by a Colombian couple Diego Julian Nenavidez Hernandez and Natasha Agudelo Arboleda from Colombia after a tie-breaker with a Venezuelan couple, and the Stage by an Argentinian couple, Max Van De Voorde, and Solange Acosta. Until this competition gets itself a set of rules like the Soccer World Cup, or the Rugby Cup or, the Blackpool Dance Festival - and a committee which has to answer for not following these rules, it is likely that it will continue to be fraught with accusations of bias and mismanagement - but that doesn't take away the magic. Even though I knew that the dancing had been choreographed, and even though I was just watching it on my laptop, I got goosebumps from the performances! You can read a really good, balanced account of the whole event up to the winning of the Salon Tango Championship, aptly titled 'The Only Champion is Tango',  on Cherie&
Post a Comment
Read more

August 29, 2011
It's been a long haul - and we must thank antfarm for a brilliant job helping us with the backend... but we have a new look TangoAustralia website - after about 7 years of the old look! Our first day we went live our lead story was an interview with Ney Melo and Jennifer Bratt some 7 years ago! So check out our new look TangoAustralia. .. and let us know what you think - and if you like us use our Facebook page!
Post a Comment
Read more
More posts