Ironing out the problem of sitting out 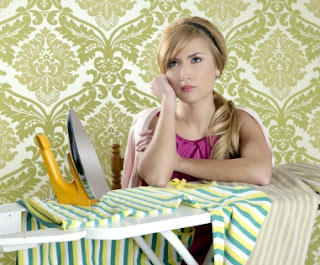 I have discovered a new term (to me). La planchadora - the woman who sits out all night at a milonga and isn't asked to dance - literally the ironing woman. (Out of curiosity I need someone to tell me if there is a male equivalent). In English this is the wall flower. Confessions of a Tango Addict wrote in April about la planchadora. Sitting out at a milonga is something every woman has to get used to you she wrote  - for reasons from bad music to not enough men... but she also has a list of things the woman can do avoid becoming an ironing woman! Worth a read by every tanguera - especially those who think they might give up going to milongas even though they love tango. I have found over the years that sitting out at milongas goes in waves - but one thing I like at Aussie milongas is to sit with friends - both male and female. Generally I will be asked to dance by each of the men (as well as others on a good night) and when I am not dancing I have someone whose company I enjo
3 comments
Read more
More posts