The Red Rose and Tangalo 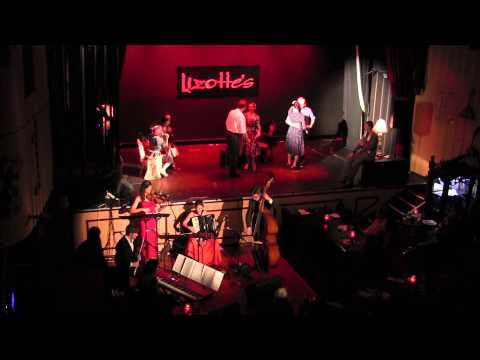 Here is a clip from a recent show "The Red Rose" produced in Sydney by Belen Tango for  "Made in Argentina" Festival. Tangalo is the band - and they are amazing. The production company and the orchestra are the Bright Young Things of the Sydney tango scene - and they are bringing us some very special events. They are performing again in Sydney tonight at Blue Beat (I believe it's sold out) and tomorrow at the Tango Entre Amigos Milonga at Marrickville along with Fabian Rodriguez. The MIA Festival was an unexpected delight - it seemed to materialise out of nowhere for many and the events, workshops and dancers were a breath of fresh air - if you are in Sydney town this weekend, don't miss this orchestra!!
Post a Comment
Read more 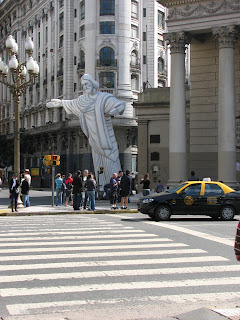 Last time we were in Buenos Aires it was Easter time (last year). This year the cardinals have elected an Argentinian pope.  I do not have a religion but for those who are Roman Catholics and for those who like to make a day,  I include this photo taken outside the new pope's cathedral in BA last year! This was a blow-up figure such as those you see in the front of used car yards in Sydney! Another remarkable thing - I received a text earlier in the day from a friend in Perth (4+ hours away by air for those who don't know) who runs a tango group, saying she had been asked by the local press for a comment on the election of an Argentinian pope - she was perplexed, not least because she is Jewish! So there we have it! And in the meantime Sydney continues to host many tango couples - performances have almost become a little ho-hum and there is so much to choose from that we could almost be in BA. If you want to know more read the TangoAustralia newsletter for March.   And there
Post a Comment
Read more
More posts