What (Not) to Wear when Dancing Tango 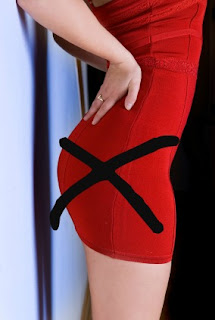 I originally posted this in October 2011!! It is still happening, though not as much by our 'celebrity' dancers who are now mostly wearing beautiful elegant dresses that complement the dance.  Could someone tell me why the short tight club dress is being worn for tango performances? Perhaps they could also explain why some tangueras dress as if they are doing a latin ballroom performance, or even worse are working as a nightclub entertainer? Dresses that look as though they are held together by safety pins, or there is so little of them that not much is left to the imagination, detract from the performance. And this is not just the opinion of  an older woman. The men around me at the last performance where a little tube dress, not much bigger than a large headband, rode up the performer's legs until her crotch was visible, cringed. So unnecessary. She was a very attractive woman with a superb partner, she did not need to wear such a dress. She also found herself hitchi
Post a Comment
Read more
More posts